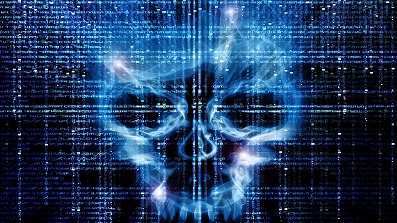 Prevention of security vulnerabilities, threats, and incidents described below is wiser and cheaper than forensic investigations and mitigation of the consequences of a cyber-attack.

You can get evidence of this fact from the news below.

Use our services to find and mitigate your security vulnerabilities before the security threat agents find them.

Data breaches and regulations have forced organizations to pay closer attention to the security incident response function. However, security leaders may be overestimating their ability to detect and respond to security incidents...
More details.

80% of all exposed Exchange servers still unpatched for critical flaw

By GIXnews More than 350,000 of all Microsoft Exchange servers currently exposed on the Internet haven’t yet been patched against the CVE-2020-0688 post-auth remote code execution vulnerability affecting all supported Microsoft Exchange Server versions...
More details.

A Brisk Private Trade in Zero-Days Widens Their Use - Threatpost

There were more zero-days exploited in 2019 than any of the previous three years, according to telemetry from FireEye Mandiant. The firm said that’s likely due to more zero-days coming up for sale by cyber-weapons dealers like NSO Group; a growing commercial market has made such tools much more widely available...
More details.

Update now before it’s too late. Mozilla has released security updates for its Firefox browser in conjunction with a US Cybersecurity and Infrastructure Security Agency (CISA) advisory warning that critical vulnerabilities in the browser are being actively exploited...
More details.

As an attorney in the United States, head of cyber at Travelers Europe, Davis Kessler (pictured), was working on litigating coverage disputes, mainly on crime policies, when he saw that an increased number of those claims were computer related...
More details.

Prosecutors: 'Zoom-Bombing' Could Lead to Charges

Those who hack video conferences, such as via Zoom bombing , are violating federal and state laws and could face prosecution, U.S. law enforcement officials say. See Also: Live Webinar | More Data, More Problems: Applying the Right Automation to Propel Security Operations In a statement released Friday, the U...
More details.

Working from home has led to numerous groups, including the British Cabinet, relying more heavily on videoconferencing tools. Zoom, responding to new research that identified encryption and infrastructure shortcomings in its audio and video conferencing software, has promised to further revamp its security controls...
More details.

It is a sad reflection on the times, but it is becoming increasingly difficult to distinguish among true and false “facts,” accurate and misleading interpretations, and personal and politically-expedient beliefs...
More details.

The popular digital wallet application Key Ring recently exposed information belonging to millions of its users, vpnMentor reports. Key Ring is an application that creates a digital wallet on the user’s phone and allows them to upload scans and photos of membership and loyalty cards, but many also...
More details.

Category: Breaking News Studies focused on cybersecurity as a profession find each year that skills in the area are rare, and expensive at that. This year is no different. While IT leaders are starting to take steps to mitigate this issue, organizations worldwide remain at risk for doing too little, too late...
More details.

Mozilla has released Firefox 74.0.1 and Firefox ESR 68.6.1 to fix two critical vulnerabilities which are being exploited in the wild by hackers. Both flaws allow a remote attacker to execute an arbitrary code and compromise a vulnerable system...
More details.

Apple's reputation is unshakeable in the market when it comes to device security. Over the years, the Safari browser has shown signs of bugs that can be exploited by a hacker to take over the victim's microphone and camera on macOS and iOS devices...
More details.

Jope Virus (.Jope Files) – Ransomware Removal Guide. Jope virus has locked your files? Read more about the Jope virus threat in this article and see how you can remove it completely and restore your data...
More details.

In court documents filed during an ongoing lawsuit in which Facebook has sued the NSO Group for snooping on WhatsApp users last year including in India, NSO CEO Shalev Hulio claimed that "two Facebook representatives approached NSO in October 2017 and asked to purchase the right to use certain capabilities of Pegasus"...
More details.

Cybercriminals are exploiting the coronavirus crisis and threatening to hold hospitals to ransom despite the life-saving work they are carrying out, Interpol has warned. It has issued a global alert to health care organisations about the ransomware attacks, often disguised as official advice from...
More details.

A security issue affects these releases of Ubuntu and its derivatives: - Ubuntu 19.10 - Ubuntu 18.04 LTS - Ubuntu 16.04 LTS. Summary: Firefox could be made to crash or run programs as your login if it opened a malicious website...
More details.

E Shutterstock motet is one of the notorious malware wreaking havoc across industries by hacking systems. In that latest attack, it took down an entire network of Microsoft by overheating computers. According to a report by Microsoft Detection and Response Team (DART), Emotet tricked one Microsoft employee into opening a malicious email attachment...
More details.

Zoomed In: A Look into a Coinminer Bundled with Zoom Installer

By Raphael Centeno and Llallum Victoria. Many companies around the world have transitioned to work-from-home arrangements because of growing concerns over the COVID-19 global health crisis . This new setup has highlighted the usefulness of video conferencing apps...
More details.

This ALERT details vulnerabilities in SweynTooth's Bluetooth Low Energy (BLE) proof-of-concept (PoC) exploit code. This report was released without coordination with some of the affected vendors and without advance coordination with CISA...
More details.

Original release date: January 6, 2020. Summary. The Cybersecurity and Infrastructure Security Agency (CISA) is sharing the following information with the cybersecurity community as a primer for assisting in the protection of our Nation’s critical infrastructure in light of the current tensions between the Islamic Republic of Iran and the United States and Iran’s historic use of cyber offensive activities to retaliate against perceived harm...
More details.

Original release date: December 5, 2019 | Last revised: January 2, 2020. Summary. This Alert is the result of recent collaboration between the Department of the Treasury Financial Sector Cyber Information Group (CIG) and the Department of the Treasury’s Financial Crimes Enforcement Network (FinCEN) to identify and share information with the financial services sector...
More details.

This updated alert is a follow-up to the original alert titled ICS-ALERT-19-225-01 Mitsubishi Electric smartRTU and INEA ME-RTU that was published August 13, 2019, on the ICS webpage on us-cert.gov. CISA is aware of a public report of a proof-of-concept (PoC) exploit code vulnerability affecting Mitsubishi Electric smartRTU devices...
More details.

CAN Bus Network Implementation in Avionics

CISA is aware of a public report of insecure implementation of CAN bus networks affecting aircraft. According to this report, the CAN bus networks are exploitable when an attacker has unsupervised physical access to the aircraft...
More details.

NCCIC is aware of a public report of a vulnerability in the DICOM (Digital Imaging and Communications in Medicine) standard with proof-of-concept (PoC) exploit code. The DICOM standard is the international standard to transmit, store, retrieve, print, process, and display medical imaging information...
More details.

This updated alert is a follow-up to the updated alert titled ICS-ALERT-18-011-01 Meltdown and Spectre Vulnerabilities (Update I) that was published September 11, 2018, on the NCCIC/ICS-CERT website.
More details.

NCCIC is aware of a public report of an improper authentication vulnerability affecting WAGO PFC200, a Programmable Logic Controller (PLC) device. According to this report, the vulnerability is exploitable by sending a TCP payload on the bound port...
More details.

NCCIC/ICS-CERT is aware of a public report of buffer overflow vulnerabilities affecting Eaton ELCSoft, a PLC programming software for Eaton Logic Control (ELC) controllers. According to the public report, which was coordinated with ICS-CERT prior to its public release, researcher Ariele Caltabiano (kimiya) working with Trend Micro&#039;s Zero Day Initiative, identified that an attacker can leverage these vulnerabilities to execute arbitrary code in the context of the process...
More details.

NCCIC/ICS-CERT is aware of a public report of a vulnerability in the Controller Area Network (CAN) Bus standard with proof-of-concept (PoC) exploit code affecting CAN Bus, a broadcast based network standard...
More details.

CRASHOVERRIDE, aka, Industroyer, is the fourth family of malware publically identified as targeting industrial control systems (ICS). It uses a modular design, with payloads that target several industrial communication protocols and are capable of directly controlling switches and circuit breakers...
More details.

This updated alert is a follow-up to the updated alert titled ICS-ALERT-17-181-01B Petya Malware Variant that was published July 5, 2017, on the NCCIC/ICS-CERT web site. ICS-CERT is aware of reports of a variant of the Petya malware that is affecting several countries...
More details.

What we do and what we offer.

About penetration tests and about our news.